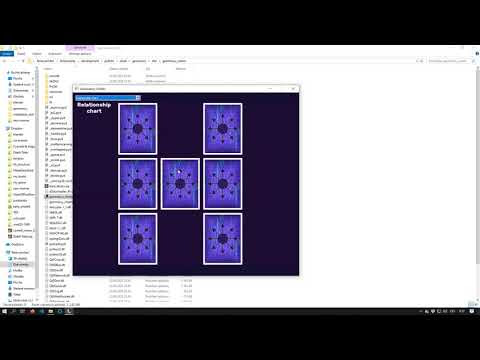 This is the application I am currently working on. It uses geomancy figures together with spreads known from the Tarot. I have chosen this combination because these spreads allow better information gathering than regular geomancy charts. Now I have to create a setup wizard and then find some platform where I can share it.
Post a Comment
Read more

June 15, 2020
If you were interested in what I am up to these days, here is a meditation video I have made. This video contains a red background light and white noise. Use in a dark room with minimal distractions, put your headphones on, close your eyes, and enjoy 10-minute meditation. https://youtu.be/AOoIcReyM5g
Post a Comment
Read more

January 10, 2017
Religion is very old, and it is probably as old as humanity itself. We tend to fear the unknown, that's why we have to know things, but I we have to name what we fear. There are natural processes in this world, thin like weather, earthquakes, death, processes we couldn't explain at the time, that's why we built mythos around them, some of these exist even today. Story of Abraham I think we all know about the Abrahamic religions: Christianity, Islam, and Judaism. Pretty old faith, yet still living and breathing. The story of one God, and creating everything including two humans who populated Earth with people of different races and skin colours (and don't make me speak about Noah). Then prophets came and caused problems the biggest bloodshed in human history. Murdering in the name of one God. Converting leftovers so a new batch of holy warriors can be created, that's how far the fear from the dark can go. Now, don't get me wrong, I don't think that
Post a Comment
Read more 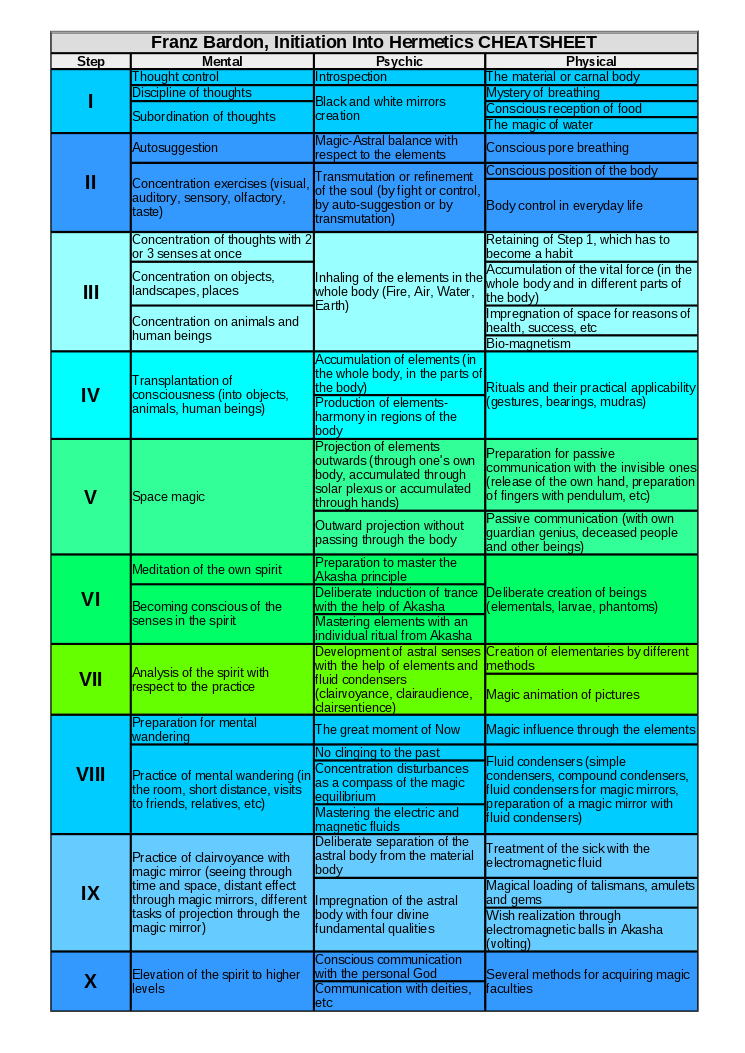 June 06, 2016
So, my Chi Kung experiment is over so it's time for some conclusions. The most practical technique The most practical technique I have found in Chi Kung would be Pi Chi. The ability to send more oxygen to the muscles is truly useful when you need to move stuff around, plus if you know how to draw energy out you can also use Pi Chi for some basic healing. The most rewarding technique This one is actually a set of techniques, Tao Yin. If you really want to experience Chi Kung, go for this exercise. It helps you to cleanse your body, remove blockages, get into meditative state of mind and draw in more Chi, needless to say that physical exercises and massages that are part of Tao Yin are also beneficial. Conclusion I have to say I have enjoyed this experiment, a lot. First of all there are clear similarities between Chi Kung and my favorite mesmerism. For example somnambulic subjects often see energy leaving the body through finger tips. In Chi Kung there are energetic paths cal
1 comment
Read more

The Gospel Of The Ghouls: book review

June 04, 2016
So, this is a review of the book called The Gospel Of The Ghouls, written by Baron and Baronessa Araignee. For those interested, the book's ISBN is 978-0-620-71222-4. Before we continue in this, I should probably share a fair warning here. This book is truly a book about necromancy, with all its positives and negatives. Don't expect to light a black candle and become an instant necromancer. Another piece of fair warning I am going to give you is that this isn't a book for a weak stomach. If you are an animal loving neo pagan or a follower of a “dark path of fluffy E. A. Curling” , this book isn't for you. After all, the book itself says: “Remember, a life for a life, never more, never less.” Very last piece of advice from me: This isn't something you could just try and then throw into the corner, necromancy requires a full dedication. You have been warned. Necromancy is a great paradigm, granting superb powers to the practitioner who isn't scared of few sac
Post a Comment
Read more

May 23, 2016
So, the experiment continues. Jin Guang seems to be working way better now and last week I have also noticed quite sudden improvement in physical strength (I can now do 6 pull-ups from fully straightened arms without breaking a sweat, that's a good one for 200 lbs). As for Tao Yin, that exercise is really amazing but I had to omit it from the practice for time reasons but I plan to replace it this week with Lien Chi (full body Chi accumulation). I also need to add the moving exercises to the mix to get the full experience. Energetically speaking it became very easy to me to locate and focus on m tantien during the day, the feeling is pretty distinguishable. Also, last week some slight bowel problems manifested, I think Nei-Tan followed by Yen Chi is the culprit but so far more data are needed. Also, many people asked me for a book recommendation, on forums, on facebook, even on my blog. So, I currently work with book Chi Kung for Beginners, written by Scott Shaw. It's a real
1 comment
Read more
More posts